Posted by Journey at 9:57 PM No comments:

Who is the Antichrist? The Answer May Surprise You!

This is a vital message for the true church of Jesus Christ to hear.
Posted by Journey at 8:23 PM No comments:

In my communion with the Lord, this is what I heard this morning:


Son, this is a day and time to draw near to the Lord, to hear my voice speaking to you and to help others learn to listen to my voice, too. I have the answers to the myriads of problems facing your world, but the way itself is narrow, the path small. Many look for a broad way that they believe will be “the answer” for their nation, but these ways, although not bad in themselves, are inefficient to solve the deeper problems facing man today. I am the way, the truth and the life. If men could only see this and come to me, I would give them true solutions and answers to the most perplexing problems. Men of science from the past sought me for answers, and I gave them my revelation to change the perceptions and perspectives of those around them. They were not afraid to call me Lord, and to give me credit for the revelation. Today men are often full of pride, thinking that they have found solutions in and of themselves. But all Truth comes from me and if men would seek me early rather than as a last resort, they would find that many solutions to disease, sickness, early death could be found in me, in learning to meditate on my word, which has all the answers for life and godliness, that men and women could be thoroughly equipped to do service for me and the Kingdom. In the Kingdom to come, these answers will be revealed, because the Lord will reign in Jerusalem, and the nations of the earth will be truly blessed. Those of my family will rule the nations and will bring light and life to all who dwell on the earth. It will be a time of peace and safety, because the Lord will return to Zion with great joy, and there will be true peace on earth. Learning to come to me now, would hasten the coming of the Lord. Oh, how I long to be with my bride, and to truly satisfy the longing heart, and dwell among my brethren, and eat the marriage supper of the Lamb. The day is soon. Encourage my brethren to come to me for revelation, for understanding, for all their needs. My provision is perfect, my love deep, and my fellowship sweet. Tell them, by every means possible that I am coming soon, and my reward is with me. Tell them I love them, tell them, tell them.
Posted by Journey at 7:02 AM No comments:

-extracts by Troy Anderson, Charisma News. (BGEA).
Famed evangelist Billy Graham’s letter calling America and its “deceived people” to repentance is one in a series of escalating warnings that the nation is in growing danger of God’s judgment, prominent faith leaders told Charisma News…
“This may be our last chance to call the nation to pray,” says Anne
Gimenez, national chairperson of America for Jesus—America for
Jesus—The Awakening, which expects hundreds of thousands of
people to gather at Independence Mall in Philadelphia Sept. 28-29
to pray and intercede for the United States…
In his letter, “My Heart Aches for America,” the 93-year-old Graham
wrote that he recalled how his late wife, Ruth, once expressed
concerns about the nation’s “terrible downward spiral”—exclaiming,
“If God doesn’t punish America, He’ll have to apologize to Sodom
and Gomorrah.”
Graham, who has preached to more people than any other
Protestant in history—2.2 billion—wrote that he wondered what
Ruth would think of the country today where “self-centered
indulgence, pride and a lack of shame over sin are now emblems
of the American lifestyle.”
“My hearts aches for America,” wrote Graham… “The wonderful
news is that our Lord is a God of mercy, and He responds to
repentance. In Jonah’s Day, Nineveh was the lone world superpower—
wealthy, unconcerned and self-centered. When the Prophet Jonah
finally traveled to Nineveh and proclaimed God’s warning, people
heard and repented. I believe the same thing can happen once
again, this time in our nation.”
Graham’s letter calling America to repentance comes as a growing
number of highly respected Christian leaders have issued similar
warnings in recent months, noting that the nation is in a downward
spiral of economic decline, immorality, corruption, growing secular
humanism and attacks on religious liberty.
Jack Hayford, the founding pastor of The Church on the Way in
Van Nuys, Calif., says Graham’s letter comes as the nation is in
a “very grim hour as we approach the election this year.”
“What we need is something on the order of shock troops at this
hour, and I can imagine that can be raised,” Hayford says. “I don’t
feel despairing. I do feel the urgency. We are at a point that
desperate action is needed…”
Wrote Rick Scarborough, chairman of 40 Days to Save America…
“Today, our nation faces multiple crises—pending economic
collapse, moral disintegration and international terrorism—but all
have spiritual underpinnings… The crises confronting us are
beyond the power of human beings to resolve without divine
guidance. Nothing short of a Third Great Awakening can save us.”
For another Great Awakening to occur, Hayford says the church
and believers must engage in “gut-level, spiritually-impassioned
intercessory prayer”—something lacking in most churches today,
few of which even hold prayer meetings anymore…
-READ THE FULL ARTICLE-

http://www.charismanews.com/us/33843-billy-graham-opens-his-heart-to-the-nation
Posted by Journey at 7:47 AM No comments:

Hi my friends. Today I'm including the sermon we'll be using this Sunday morning, May 6, 2012. Just download the pdf file to your computer or pdf reader from my facebook page at Jym Hitte and be blessed. You can also download an mp3 of the message preached by Senior Pastor Gary Brothers at www.capefirst.org. Blessings. to all. Let the Power of the Holy Spirit fill your life so you can be an effective witness for Jesus Christ!
Posted by Journey at 11:06 AM No comments:

Is the End of America close?

This is an incredible and eye-opening book. Every Christian in America needs to read and study it. Our future is determined by God, and our only hope is repentance as a nation. The refiner's fire is burning. Are we listening to the voice of God today, or are we dull of hearing? You decide.
JH

Posted by Journey at 2:43 PM No comments:

In my devotion time today, the Lord gave me this word:

Son, welcome today. I bless you today. As you sense my presence, know that I bring security, safety, and my love extended to you and to your family. I direct you by my Word and by my Spirit. As you hear my words, you understand that I often give meanings that are in the natural. But there is always a spiritual component. I use comparisons and analogies, so that you can understand in the natural, the spiritual truths that are unlocked for those who seek Me. This space is "reserved" for those who come to Me and wait upon Me. I delight to give understanding, and my wisdom to those who ask in faith. Don't doubt, just believe. You will see amazing things with your natural eyes in the days to come. It is my great joy to give you the Kingdom. Walk in Kingdom authority. Walk in Kingdom humility. These characteristics are part of my nature which I give to you as part of my endowment of Grace. Be clothed with righteousness. You are a son in whom I am pleased. I see you for what you are in your heart, and what you will be as you grow and mature. Fellowship and intimacy with you are my delight. Walk with Me today. I will lead you and guide you along the path of righteousness.
Posted by Journey at 7:31 AM No comments:

God With Us from St. Louis Family Church on Vimeo.
Posted by Journey at 1:43 PM No comments:

Servant's Quarters: Do You Know Him?

http://christianpf.com/god-with-us/#start Servant's Quarters: Do You Know Him?
Posted by Journey at 1:40 PM No comments:

Do You Know Him?

Welcome to my blog. Glad you are here!

Thanks for stopping by. Please feel free to give feedback on any of the posts. I'm rather new to blogging, so give responding a try. I'm always willing to welcome new friends to the Servant's Quarters community. 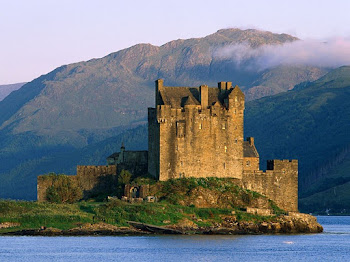